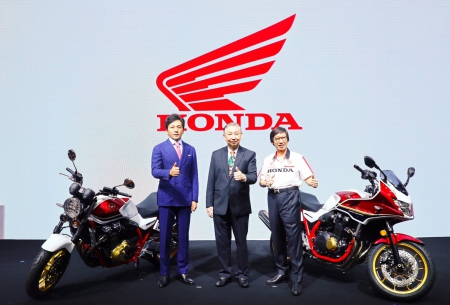 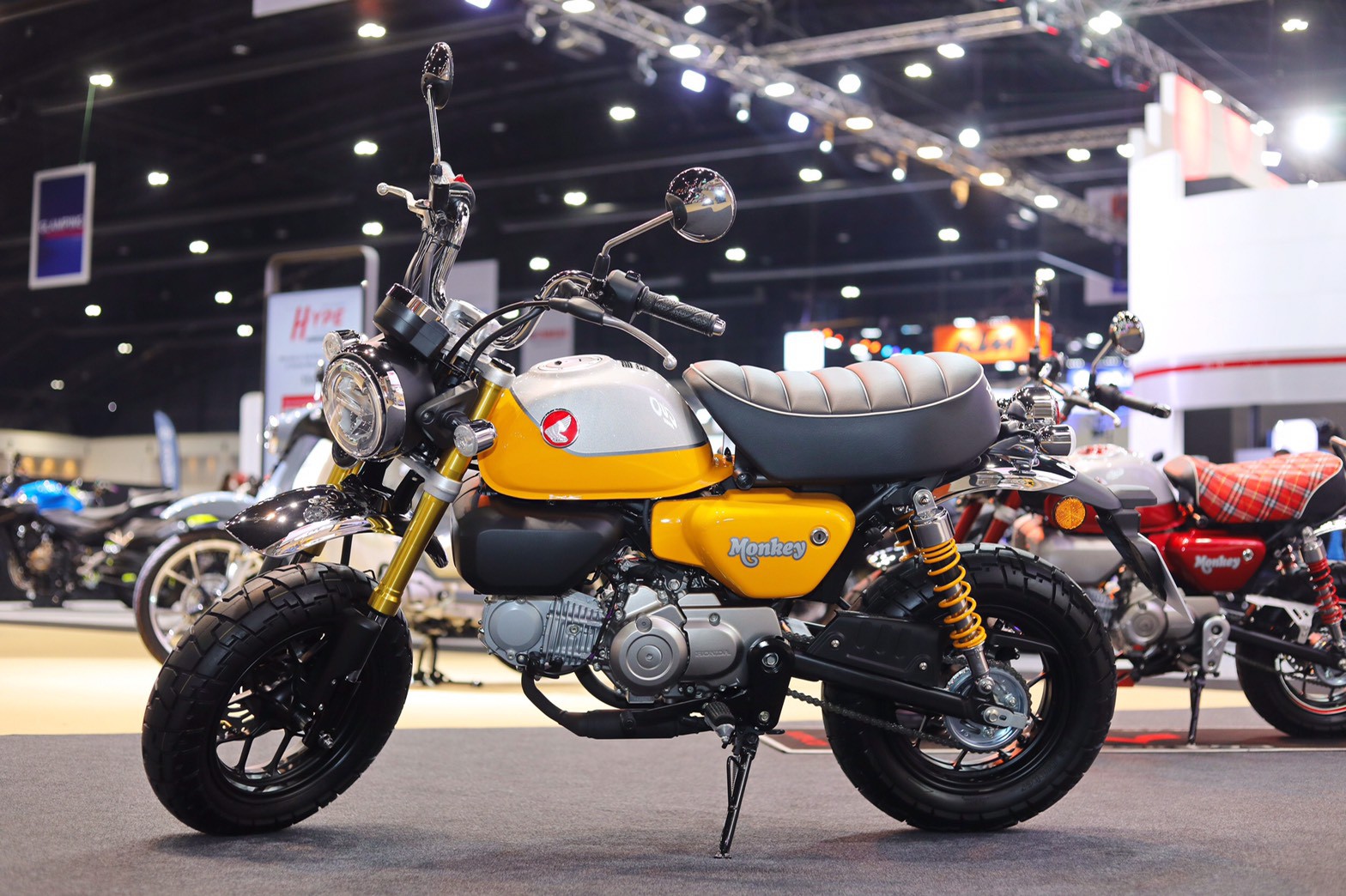 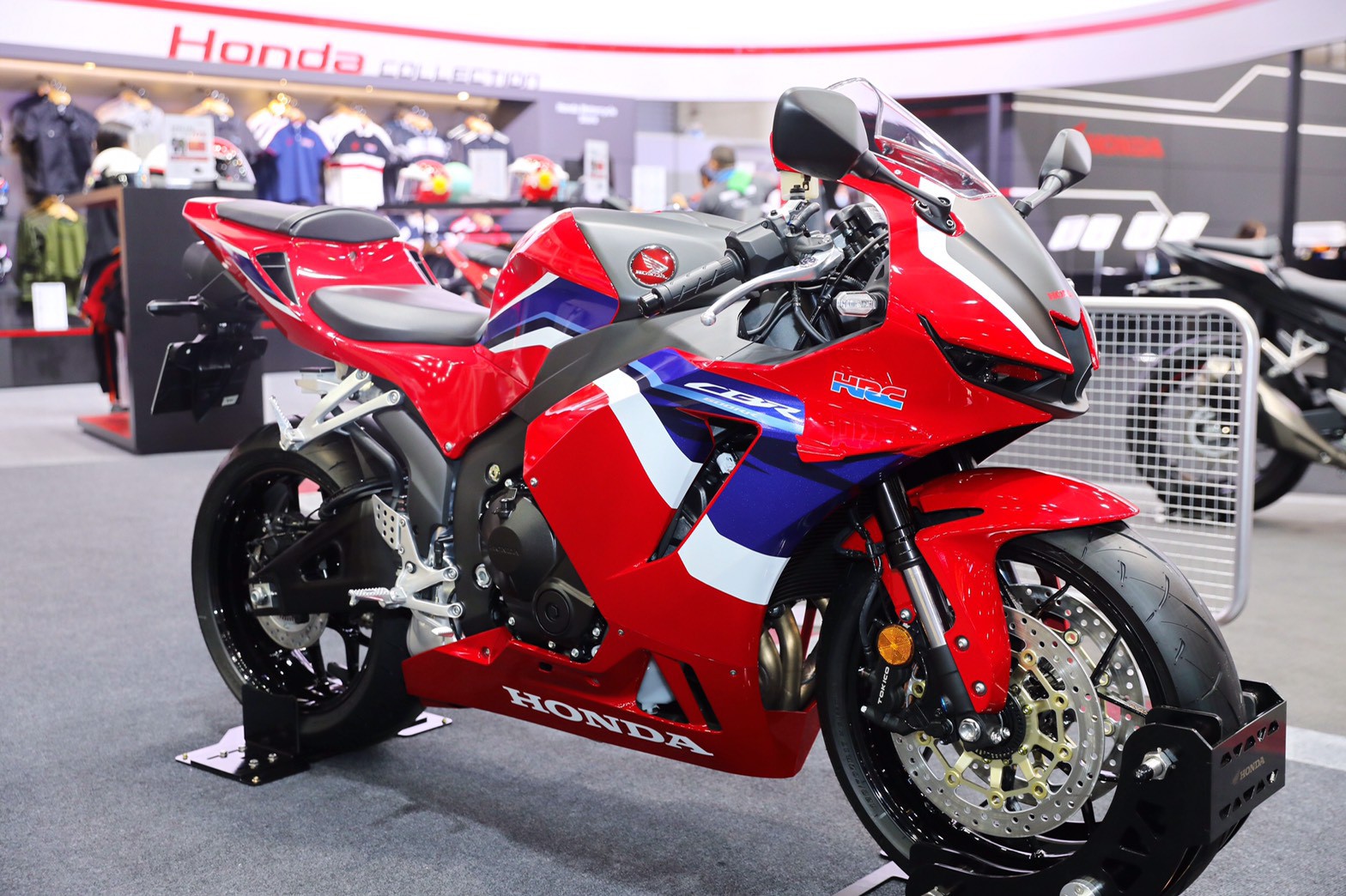 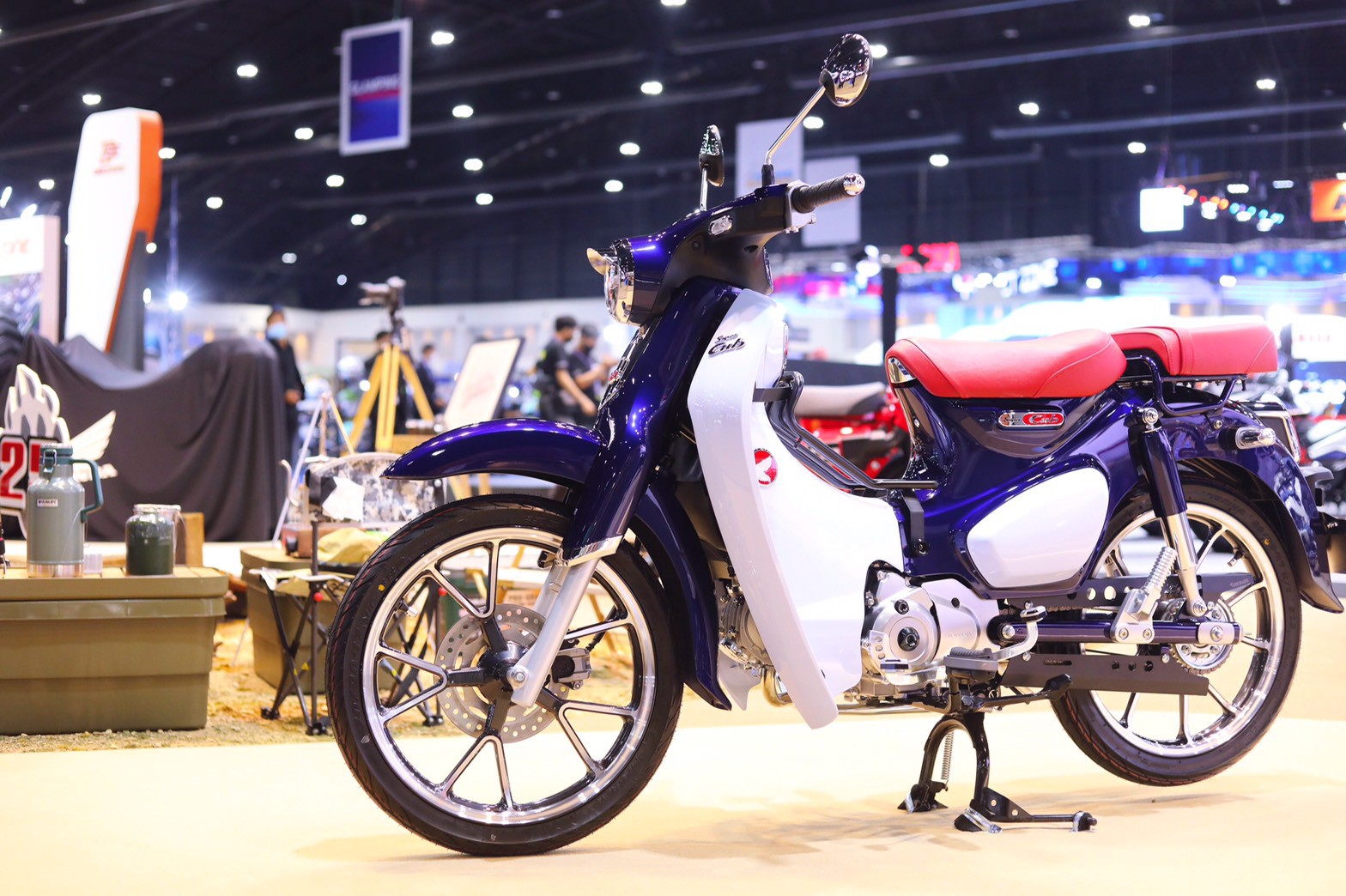 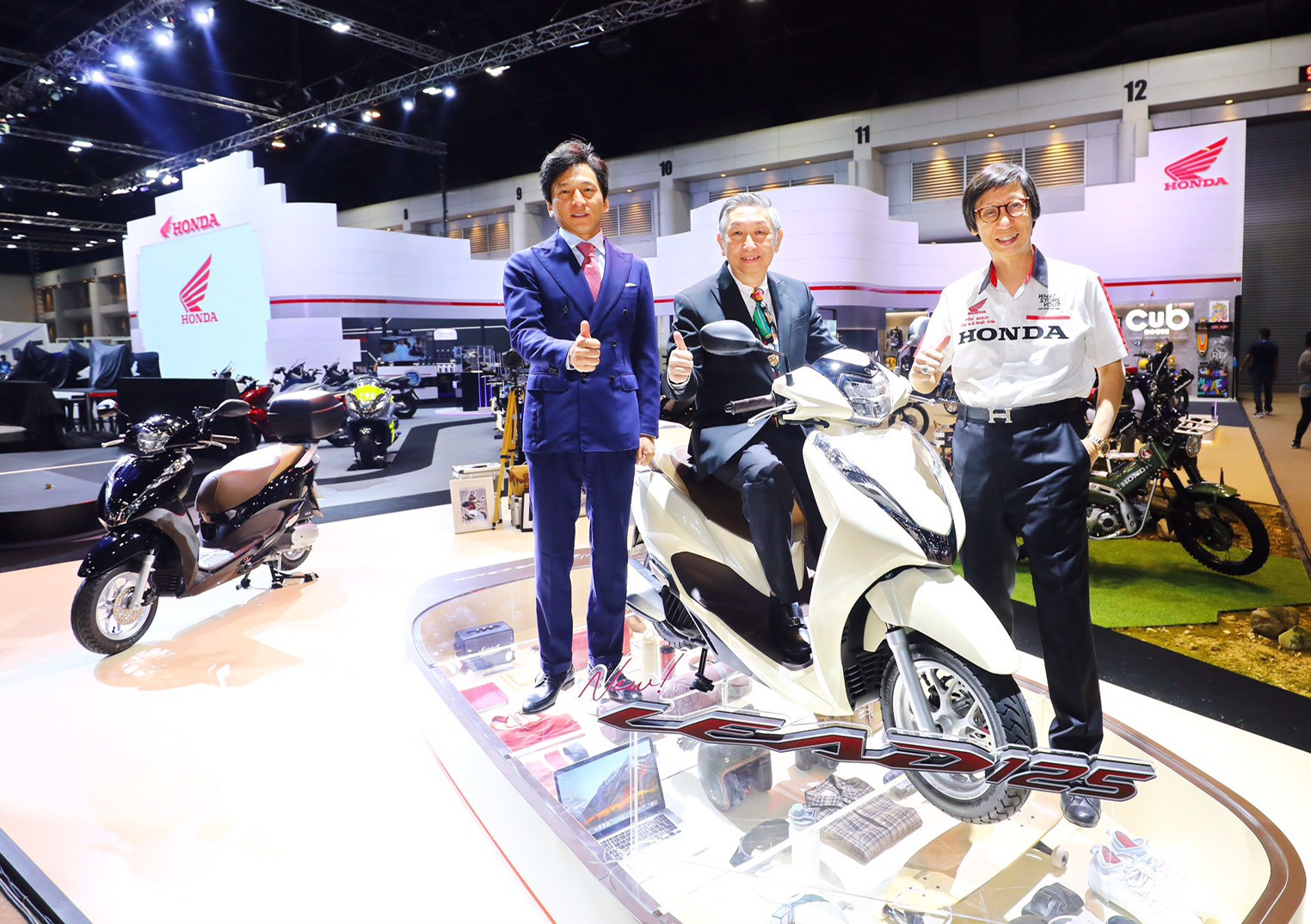 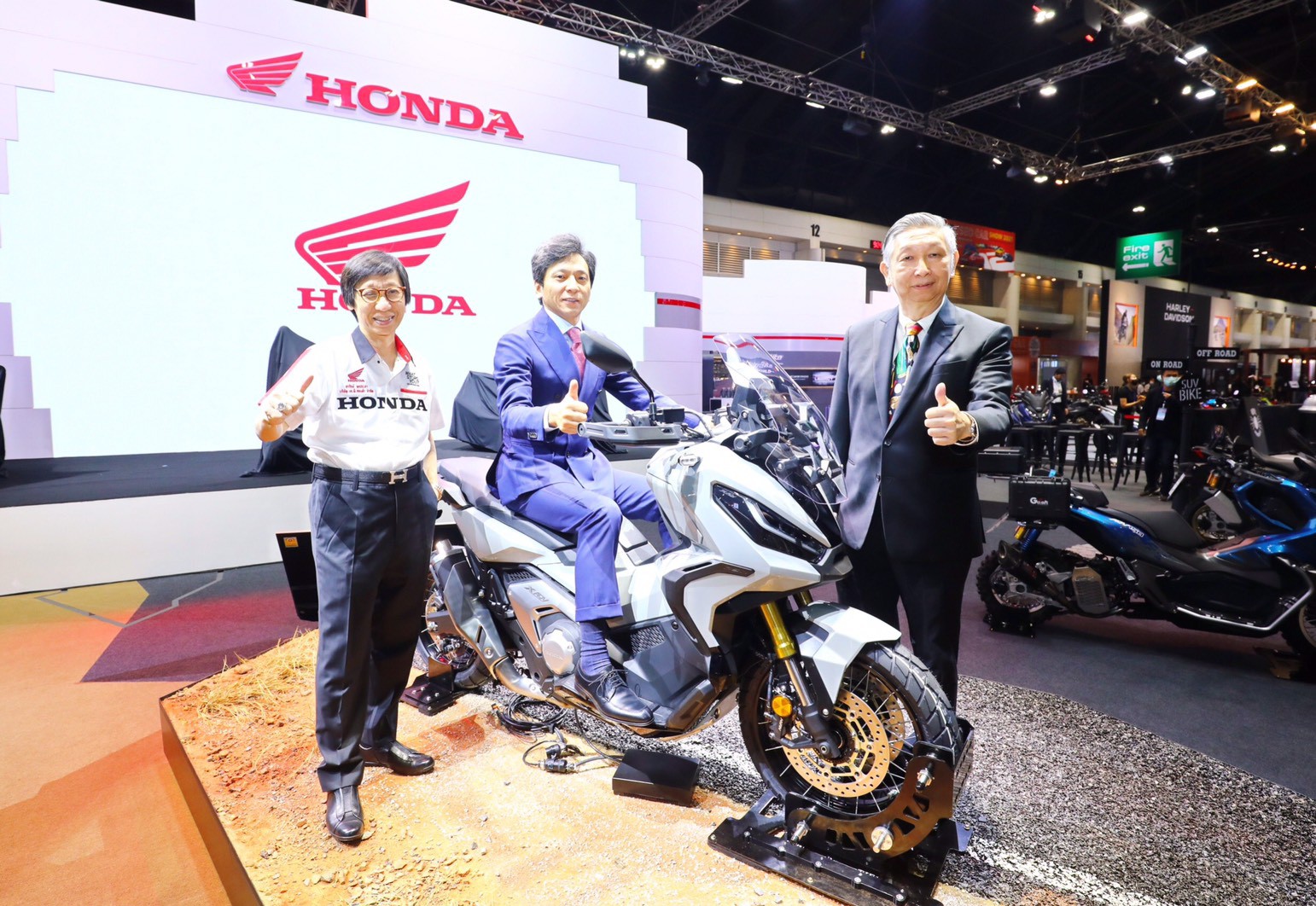 24/03/2021
Honda Motorcycles Creating excitement at Bangkok International Motor Show 2021 has earned its industry-leading dignity with the introduction of four new flagship models at the same time, led by the CB1300 SUPER FOUR and CB1300 BOLD'OR, Rebel 1100, X-ADV750 and LEAD125 with important highlights Exhibit the real CRF450 Rally race car that won the last Dakar Rally. Come for Thai people to see as the first country in the world as well
Mr. Shigekimura poked the company A.P. Honda revealed that "South Waterfall Concept" What Stops You? " Honda is committed to motivating everyone. Let's explore the meaning of life through motorbikes and riding culture. No matter what We never stop delivering new experiences. To make sure Honda motorcycles will truly fulfill your lifestyle. Is the origin of the Honda booth design under the concept of "THE HYPE SPACE" To demonstrate the degree of challenge From the thrill on the smooth road To living an adventure life on the dust "
“This time we come with the launch of a new car model. Or All New Models, up to 4 models, led by CB1300 SUPER FOUR or the legendary superfour that returns again. With its twins, the CB1300 BOLD’OR, a car inspired by The Bol d’Or 24-Hour Endurance Race, followed by the Rebel 1100, the ultimate Rebel family that embodies rebellion with its raw and fierce brilliance. It comes with a full range of technology and the All New X-ADV750 with a major transformation of the top-class SUV, combining comfort for urban driving and the readiness to go out-of-town at any time. "
“Bicycles from Big Bikes Honda also released the Honda LEAD125, an AT car with a stylish airplane idea and a minimum of feedback, as well as a giant U-BOX. For the perfect use in the daily life of the city. In addition to many new models Honda also showcased the real CRF450 Rally that won the 2021 title. The Dakar Rally, the most brutal off-road race in the world by Kevin Benavides of the Monster Energy Honda team. This exhibition in Thailand is considered the first time in the world as well. ”
Interested parties can follow more details of At Suparat Motors
Google map
Chat Facebook
Chat LINE
Call us
Close